The left knee soreness holding Lonzo Ball out of the Chicago Bulls‘ Saturday night matchup with the Celtics is also likely to sideline him for Monday’s game at the Memphis Grizzlies, Billy Donovan told reporters in Boston.

Ball has been dealing with the soreness “for a period of time,” Donovan said, including during Friday’s 138-96 loss to the Golden State Warriors. 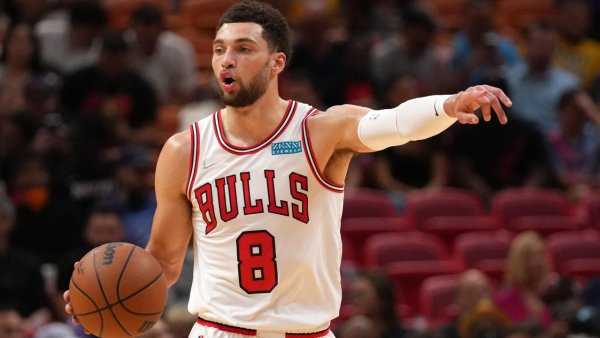 After being evaluated by the Bulls’ medical staff Saturday morning in Boston, Ball was initially listed questionable for the Celtics game, and hours later out altogether. Donovan said the injury is considered more severe than day-to-day, but didn’t comment on Ball’s status beyond the Grizzlies game.

“I don’t think there was any play (that caused the injury),” Donovan said. “I just think it was the buildup of some joint soreness that he had been dealing with that has gotten worse over a period of time.”

When Ball missed five games between late December and early January with COVID-19, Coby White assumed starting point guard duties in his stead. Opportunity beckons yet again for the former seventh overall pick, who has scored in double-figures in 10 straight games, shooting 55.8 percent (46.9 percent from 3) in that span.

The Bulls will be seeking next-man-up contributions across the board in the coming days. With Zach LaVine’s left knee set to be reassessed early next week, Alex Caruso still in health and safety protocols, and Javonte Green progressing through groin rehab but not yet on the cusp of a return, the Bulls are entering a brutal stretch of schedule severely shorthanded.