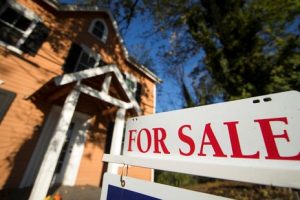 High inflation and tangled supply chains have seeped into nearly every nook of the economy, forcing consumers and businesses to make painful decisions that many of them have never had to contemplate before. With the government reporting that consumer inflation reached 7.5% over the past year — a 40-year high — the acceleration of prices is leaving few unscathed.

Average long-term U.S. mortgage rates jumped last week to their highest level in more than two years, potentially pushing some homebuyers out of the market as consumers get squeezed by higher costs for just about everything. Mortgage buyer Freddie Mac reported Thursday that the average rate on the 30-year loan jumped nearly a quarter point to 3.69% last week.  A year ago, the long-term rate was 2.73%.

Home sales climbed slightly in Grand Forks and East Grand Forks during the first month in 2022.  The January sales report lists 51 homes and townhomes exchanged hands in January.  That compares to 41 sales during the same month in each of the prior two years.  The average sales price was $279,711 dollars.

Fewer Americans applied for unemployment benefits for the third straight week. Jobless claims fell by 16,000 to 223,000 last week, from 239,000 the previous week.  Last week, the Labor Department reported a surprising burst of hiring in January, with employers adding 467,000 jobs.

The Labor Market Information Center has updated county-level data of the different costs associated with living in more and less-populated areas within North Dakota.  This data allows users to see comparative living costs for 24 household types and various geographic areas. The analysis says the estimated household income needed in the state to cover life costs is $23,547.  In Grand Forks County the figure is $22,387.

The Grand Forks JDA has awarded bids for the fit-up of the former Herald building as a Tech Accelerator.  The bids for general construction…mechanical…and electrical work came in totaling $1.46 million dollars.  An EDA grant will fund half the improvements.  The engineer estimate on the project was around $3 million.

Minnesota State has named four finalists in the search for the next president of Bemidji State University and Northwest Technical College. The candidates are Allen Bedford, John Hoffman, Darrell Kruger, and Karla Leeper.  The candidates were recommended by a search advisory committee and are scheduled to conduct campus visits between Feb. 14 and Feb. 17.

The nation’s egg producers are in the midst of a multibillion-dollar shift to cage-free eggs that is dramatically changing the lives of millions of hens in response to new laws and demands from restaurant chains. In a decade, the percentage of hens in cage-free housing has soared from 4% in 2010 to 28% in 2020, and that figure is expected to more than double to about 70% in the next four years.

The German government’s drugs czar has proposed raising the legal age when people can buy beer and wine from 16 to 18, and cracking down on alcohol and tobacco advertising.  Burkhard Blienert was also quoted as saying that the rule allowing teens as young as 14 to drink beer, wine or champagne in the presence of their parents should be abolished.