AUSTIN, Texas – The Austin Police Department reports catalytic converter thefts increased 2000% from 2019 to 2020. Two years later, these type of thefts are continuing throughout Texas and the rest of the country.

In April 2022, a Harris County Deputy was shot and killed after approaching suspects attempting to steal his truck’s catalytic converter. In the same month, Hays County Crime Stoppers requested help from the public in locating catalytic converter thieves who stole from a San Marcos business’ fleet vehicles.

“In 2020, Houston had 1,793 of these thefts for the entire year. In just January and February of 2022, Houston has already recorded 1,974 catalytic converter thefts. This crime is costly to motorists and can be very dangerous. While these crimes can be random thefts by petty thieves, this is now a big business organized crime operation,” Lt. Gov. Patrick said in his statement.

What is a catalytic converter, and why is it valuable?

The NICB says these devices look like small mufflers along the exhaust system that are designed to convert the environmentally hazardous exhaust emitted by an engine into less harmful gasses. Manufacturers use precious metals like platinum, palladium, and rhodium to create a catalytic converter. The values of these metals has increased in recent years.

According to NICB, as of December 2020, the metals are priced as follows:

Recyclers will typically pay $50 to $250 for a catalytic converter, NICB says.

Which type of vehicles are most vulnerable?

Farmers Insurance says low-emission vehicles like hybrids contain more expensive metals, bringing in the most value. The most common hybrid models, like the Toyota Prius, are most likely to be targeted as they are easy to identify.

Trucks and SUVs are also likely targets due to the higher ground clearance allowing for easier access to the catalytic converter, according to Farmers.

Electric Vehicles are safe from this type of theft, as they do not require a catalytic converter and produce no emissions.

How to protect your vehicle from this type of theft

Etching your license plate into your catalytic converter may also help deter thieves, says Farmers Insurance. Local repair shops may be able to provide this service. 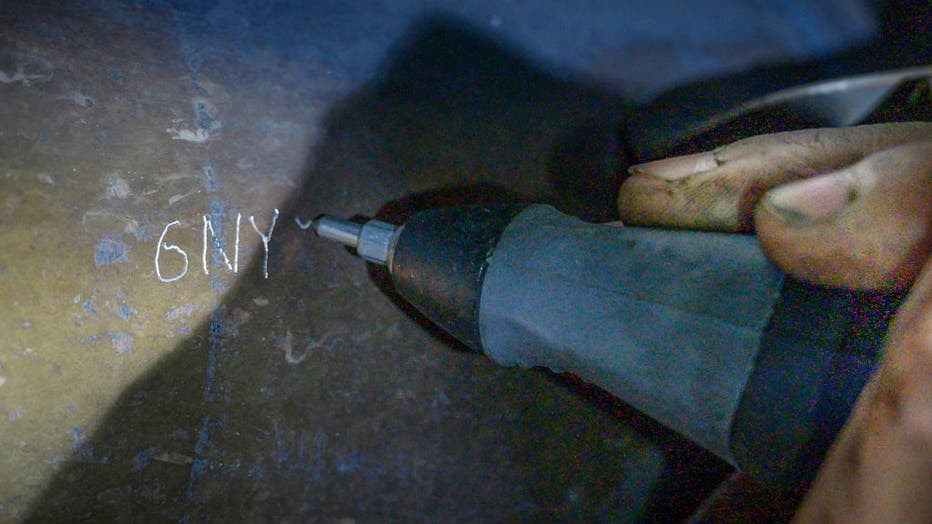