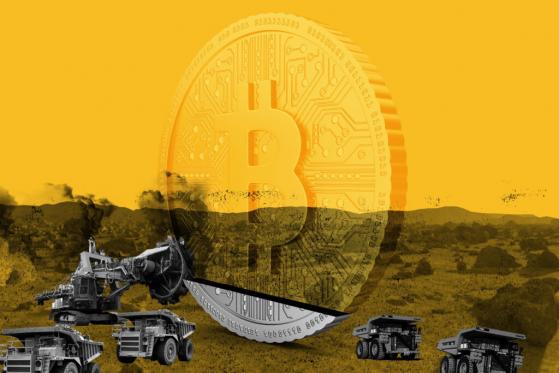 Read in the Digest

90% of Bitcoin’s 21 Million Total Supply Has Been Mined

When Bitcoin launched in 2009, Satoshi envisioned that there would be 21 million coins, gradually released through February 2140 via mining on the network. This limited supply of Bitcoin would be a mechanism to drive the price of Bitcoin.

As Bitcoin gained more popularity, there was a surge in the number of miners, leading to the faster mining of Bitcoin. At the time of writing, 90% of Bitcoin’s capped supply of 21,000,000 coins has already been mined – Bitcoin now has a total supply of 18,899,675 BTC.

When all Bitcoin has eventually been mined, there will no longer be block rewards on the network. Instead, at that time, miners will depend on fees from transactions occurring on the cryptocurrency’s network for revenue.

Bitcoin’s limited supply will lead to scarcity, which is expected to drive the price of BTC to new heights.

The Singaporean affiliate of Binance, Binance.sg has withdrawn its application for a crypto permit from the Monetary Authority of Singapore (MAS) to operate in the Southeast Asian country. Binance had been operating under a temporary exemption during the licensing process.

In a statement on Monday, December 13th, the world’s largest crypto exchange announced that it will shut down all its operations in the financial hub by February 13th. Users have until January 12th to buy and sell their existing assets on the platform.

Binance.sg announced that registrations, crypto, currency deposits, and trading will be closed immediately, and by February 13th, 2022, all accounts on its platform must be closed.

Richard Teng, chief executive of Binance Singapore disclosed the following in a statement;

“Our decision to close Binance.sg was not taken lightly. Our immediate priority is to help our users in Singapore transition their holdings to other wallets or other third-party services.”

The increasing global scrutiny on the crypto industry from governments and financial watchdogs has challenged the ability of exchanges like Binance to thrive.

Alain Berset, the minister for Switzerland’s Department of Home Affairs, is the latest data breach victim. In a turn of events, Berset’s data was leaked along with the 272,000 customers whose information was leaked during the hack of Ledger SAS – a French crypto startup.

The prime minister of India, Narendra Modi, also had his Twitter account hacked on Sunday, December 12th, for a second time. The perpetrator tweeted that India had bought 500 bitcoins and would distribute them to residents.

The hacker briefly used Modi’s Twitter account, which has more than 73 million followers, to falsely announce that India had begun to accept Bitcoin as a legal tender. PM Modi’s account has now been reclaimed, and the tweet removed.

All crypto-related news and investments from the Twitter accounts of influential people should be verified, as it is a preferred means for crypto scams.

Stellar, a crypto project which has excelled in helping businesses receive and send cross-border payments via its frictionless blockchain, has collaborated with Bitso and Tribal Credit to enable B2B payments between Mexico and the U.S.

The trio will work to develop Tribal Credit’s latest cross-border payment service. With the newly offered services, businesses operating in Mexico will send B2B payments in Mexican Pesos to U.S. recipients, who will in turn receive those payments in USD.

In Abu Dhabi, the Mubadala state fund with $243 billion in assets, has announced an investment in the cryptoverse. According to the CEO of Mubadala, Khaldoon al-Mubarak, the investment comes from the growing value of the industry.

Al-Mubarak did not indicate how much the fund would spend, or the exact firm the fund would be backing, stating, ” I think we look at the ecosystem around crypto. That could be in blockchain technology, energy usage, etc.”

Non-fungible tokens (NFTs) have attracted vast attention in 2021, with almost every investor and corporation looking to partake in the world of digital art. Debuting in the NFT marketplace, carbonated soft drink manufacturer Pepsi has launched an NFT collection to celebrate its year of origin.

As the greater NFT market grows, so has the sub-sector. The market cap of NFTs has now exceeded $200 million, standing at $204.9 million at the time of writing. The Doge NFT leads the way with $131.83 million of this, followed by the Feisty Doge NFT worth $16.53 million.

Non-fungible tokens have evolved from JPEGs exclusively for making money, into a technology revolutionizing digital art across the board and creating a means through which companies can interact with their users.

Join to get the flipside of crypto

Upgrade your inbox and get our DailyCoin editors’ picks 1x a week delivered straight to your inbox.

The Singapore affiliate of Binance, Binance.sg has withdrawn its application for a crypto permit from the Monetary Authority of Singapore (MAS) for license to operate in…

LABEL Foundation will officially deploy on BSC. Worked with Curvegrid to create a cross-chain bridge. LABEL has announced its IDO on RedKite and NFTb. LABEL Foundation, the…

When Bitcoin launched in 2009, its developer, Satoshi, envisioned that there would be 21 million coins, which now forms the total expected supply of Bitcoin. These coins…

Disclaimer: Fusion Media would like to remind you that the data contained in this website is not necessarily real-time nor accurate. All CFDs (stocks, indexes, futures) and Forex prices are not provided by exchanges but rather by market makers, and so prices may not be accurate and may differ from the actual market price, meaning prices are indicative and not appropriate for trading purposes. Therefore Fusion Media doesn`t bear any responsibility for any trading losses you might incur as a result of using this data.

Fusion Media or anyone involved with Fusion Media will not accept any liability for loss or damage as a result of reliance on the information including data, quotes, charts and buy/sell signals contained within this website. Please be fully informed regarding the risks and costs associated with trading the financial markets, it is one of the riskiest investment forms possible.