Disney Files Patent To Produce Their Own Metaverse Via Personalized 3D Images: Will You Ever Get To Experience This Attraction? – GOBankingRates 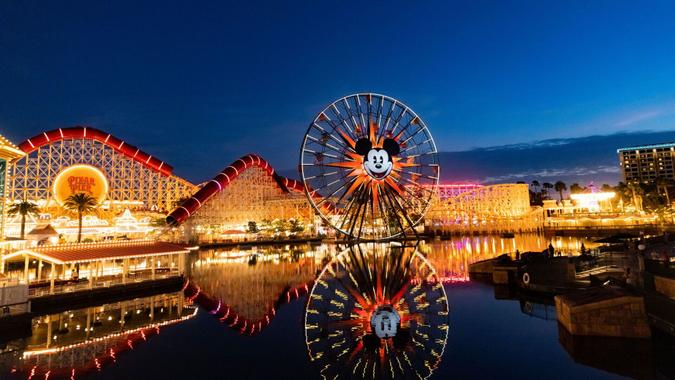 Disney is perhaps creating what it’s describing as its own metaverse following the CEO’s hints as to the state of the business in November of 2021. The company was recently approved for a “virtual-world simulator in a real-world venue,” according to a patent filing.

See: Despite Fan Outrage, Is Disney’s New Genie+ FastPass Worth the Additional Cost?
Find: How Much Does It Really Cost To Go To Disney World Now?

“We are excited about the possibilities related to this type of technology,” the Disney spokesperson said, adding that “there are no current plans to introduce this technology into an upcoming experience.”

Disney CEO Bob Chapek said — during a fourth quarter earnings call in November of 2021 — that “suffice it to say, our efforts to date are merely a prologue to a time when we’ll be able to connect the physical and digital worlds even more closely, allowing for storytelling without boundaries in our own Disney metaverse,”  according to a transcript of the call.

“And we look forward to creating unparalleled opportunities for consumers to experience everything Disney has to offer across our products and platforms wherever the consumer may be.”

Disney said in its patent filing that — in addition to their inability to provide a true 3D virtual experience — AR glasses, goggles, and headsets can be costly, inconvenient to wear and would “mandate burdensome sanitation procedures in usage environments” in the age of COVID-19. The Los Angeles Times details that the technology would likely use 3D projections on objects to allow all visitors to see the displays without the use of special goggles or AR glasses.

Learn: Samsung to Open Virtual Version of its Flagship Store in Metaverse – Will the Move Raise Stock Prices?
Explore: Bill Gates Predicts the Future: Most Virtual Meetings to Be Held in the Metaverse by 2024

“Furthermore, requiring the use of an AR enabled personal device to enjoy a virtual environment effectively precludes multiple users from sharing the same experience. Consequently, there is a need in the art for a solution enabling one or more users to experience an immersive simulation of a 3D virtual-world that is accurately rendered according to the vantage point of each user,” the patent reads.

Visitors would hypothetically trigger the experience via their own smartphone or device due to proximity or another factor, being able to view any 3D projection with their own eyes.

Yaël Bizouati-Kennedy is a former full-time financial journalist and has written for several publications, including Dow Jones, The Financial Times Group, Bloomberg and Business Insider. She also worked as a vice president/senior content writer for major NYC-based financial companies, including New York Life and MSCI. Yaël is now freelancing and most recently, she co-authored  the book “Blockchain for Medical Research: Accelerating Trust in Healthcare,” with Dr. Sean Manion. (CRC Press, April 2020) She holds two master’s degrees, including one in Journalism from New York University and one in Russian Studies from Université Toulouse-Jean Jaurès, France.