The defeat of Sarffog was only the beginning of our Twofold heroes story. Quill and her Reader, having rescued her uncle, embark on a journey to gather Moss’ Glass before the evil Tylan and his Reader can rewrite the books to suit their whims. You and Quill must travel the realms to stop the Arcane once and for all.

2019’s Moss was one of three reasons I finally caved and bought a PSVR headset, the other two being Psychonauts in the Rhombus of Ruin and Astro Bot Rescue Mission. All three are charming games in their own right, but only Moss left me ravenous for more, though perhaps not in a great way. Just when Quill’s adorable adventure was just getting started, it ended. I wanted just a few more puzzles and battles before I was ready to break for the sequel. Thankfully, Book II picks up exactly where the first left off – you, Quill, and her uncle Argus head further into the castle to find one of the old man’s old friends.The first few minutes of the game have you quickly retread old ground, but soon enough you’ll be exploring gorgeous new landscapes and solving puzzles with brand new powers.

Book II has the same basis as the original. You play as the Reader and Quill at the same time. You can move Quill around with the left analogue stick, jump with X, and swing her sword with Square. Meanwhile, your controller’s position is tracked by the camera and represented by a magic blue sphere. You can interact with certain objects simply by touching them and holding one of the shoulder buttons. This still makes for an incredibly engaging take on VR that makes motion sickness essentially a non-issue with your fixed position in each environment. You feel connected to Quill while also aware that you are a separate entity, and you have to work together to get through the environment by moving platforms around and healing her when she takes damage. To maximize cuteness, she’ll give you hints in American Sign Language and by miming actions, and occasionally ask for a high five or even a hug. She gets so much personality with these small interactions, and somehow makes me love her even more than the first game.

This sequel isn’t only an improvement in terms of charm, but also gameplay. After progressing a bit, you’ll unlock new abilities for you and Quill to use in tandem, such as a teleporting sword slash or growing plants in an area to create platforms and ladders. Both of these fit naturally into gameplay, though it can be difficult to touch Quill’s blade to activate the teleport at certain angles due to some odd tracking issues. Late in the game you also gain access to a new weapon type. While I won’t spoil it here, it’s a lot of fun to use and adds a new dimension to puzzle solving but a problem arises when swapping weapons. To equip gear, including cute new outfits, you need to press the touchpad to make a flower shaped menu appear, then select what you want to equip and drag it over to Quill. Given that the game only uses three buttons total, having to bring up this menu every single time you need to swap instead of binding the weapon to another button feels very cumbersome. You can toss the equipment to her instead of handing it over, but the menu still feels clunky. Compound this with the tracking issues and glitches, and while Moss Book II is a lot of fun it doesn’t quite feel ready for release. 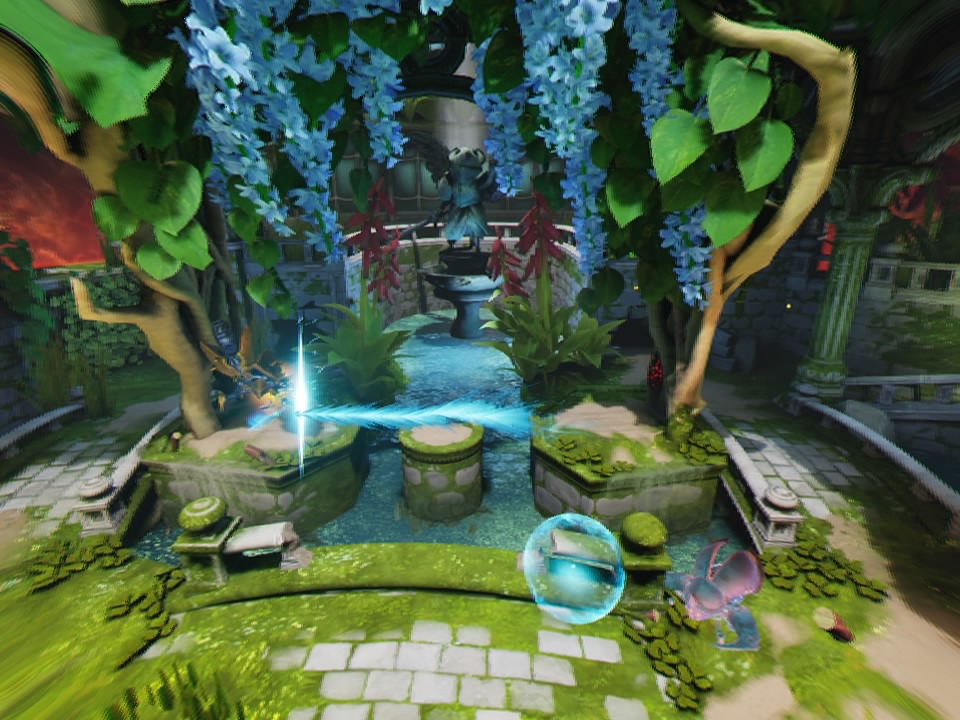 After speaking with the devs, we discovered some of my issues like a vibrating image were due to a slight reflection behind me in the room I was playing in. Another major issue, the loss of controller tracking, was fixed in a recent patch but there was still a fairly consistent softlock that required me to quit out of the game. After clearing a room’s puzzle or encounter, Quill would sometimes stop responding to inputs and just stand there, staring at me. I had to restart quite a few rooms because of this and another issue where Quill wouldn’t move after clearing an encounter or solving a puzzle. This issue pops up far too frequently and makes what should be a fun, short adventure into a frustration laden slog.

The story, while mostly delightful, also has one glaring issue. After defeating the first boss, you can either head back to Argus and tell him the good news or go and collect the next Glass in another area. I chose to head back which triggered a huge shift in the plot that I don’t feel was properly set up. The main villain is suddenly introduced and explained accompanied by a huge tonal shift. I do enjoy where the plot goes and how these events push you and Quill as characters, but it feels like the game just jumped from the introduction to the climax with nothing in the middle. It’s possible that this could feel more natural by making a different choice, but that doesn’t excuse a valid path through the game from feeling unfinished. 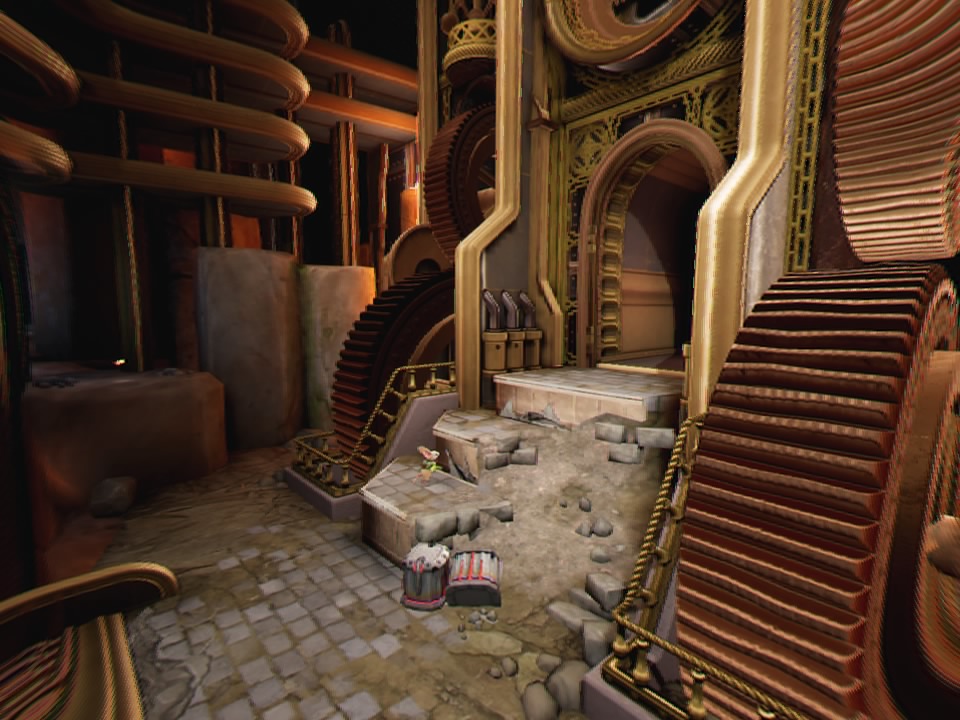 Morla Gorrondona returns as the narrator, and does a great job nailing that whole fairy tale/bedtime story vibe the game is going for. She has several great and distinct character voices to make everyone you meet in the story feel unique. Book II in particular hits some heavy emotional beats that her voice acting, along with the animations, really hit home what Quill and co are feeling at the moment.

The environments are next level compared to the first game. Your perspective is generally placed much closer to Quill allowing you to see much more detail in each area. There are some great vistas you can admire at such a tiny size and even some much larger animals you can see go about their business in the background. This closer perspective makes navigation a lot easier as well. I remember getting stuck more than a few times in the first game not realizing I could walk behind parts of the environment, and that only happened once here. I don’t remember if this happened in the first game or not, but when you cut back to the library for cutscenes it will change depending on where you are and what’s going on, which is a cool touch. 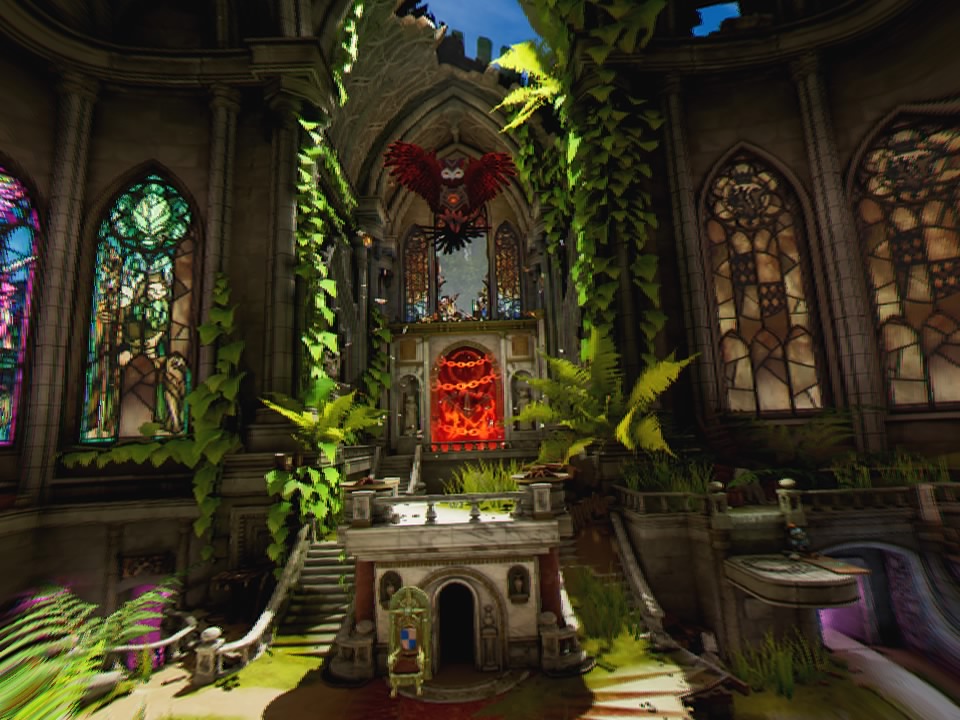 The puzzles, platforming, and combat all benefit from this change in perspective. Book II is a lot longer than Book I, and the number of places you visit reflects this by having each return you to the central castle hub. By being closer to the world, you can more easily see objects you can’t quite interact with yet, but can later once you acquire a certain power or weapon. It’s still not a metroidvannia, but in a good way. You don’t need to scour the entire game world to collect all the stained glass and sparklies (which unlock new outfits when spent at mysterious doors), in fact I got most everything on my first run through, but even putting VR aside this isn’t the kind of game you could spend hundreds of hours exploring every nook and cranny. It’s smaller, more concise and intimate.

Moss Book II is a game very deserving of your attention. Its novel use of VR as a medium is fascinating and helps to tell a heartfelt story with you and the adorable Quill at its center. It’s bigger and better than the first in many ways, but is greatly held back by small yet consistent and progress blocking bugs.

David is the kind of person to wear his heart on his sleeve. He can find positives in anything, like this is a person who loved Star Fox Zero to death. You’ll see him playing all kinds of games: AAAs, Indies, game jam games, games of all genres, and writing about them! Here. On this website. When not writing or playing games, you can find David making music, games, or enjoying a good book. David’s favorite games include NieR: Automata, Mother 3, and Gravity Rush.