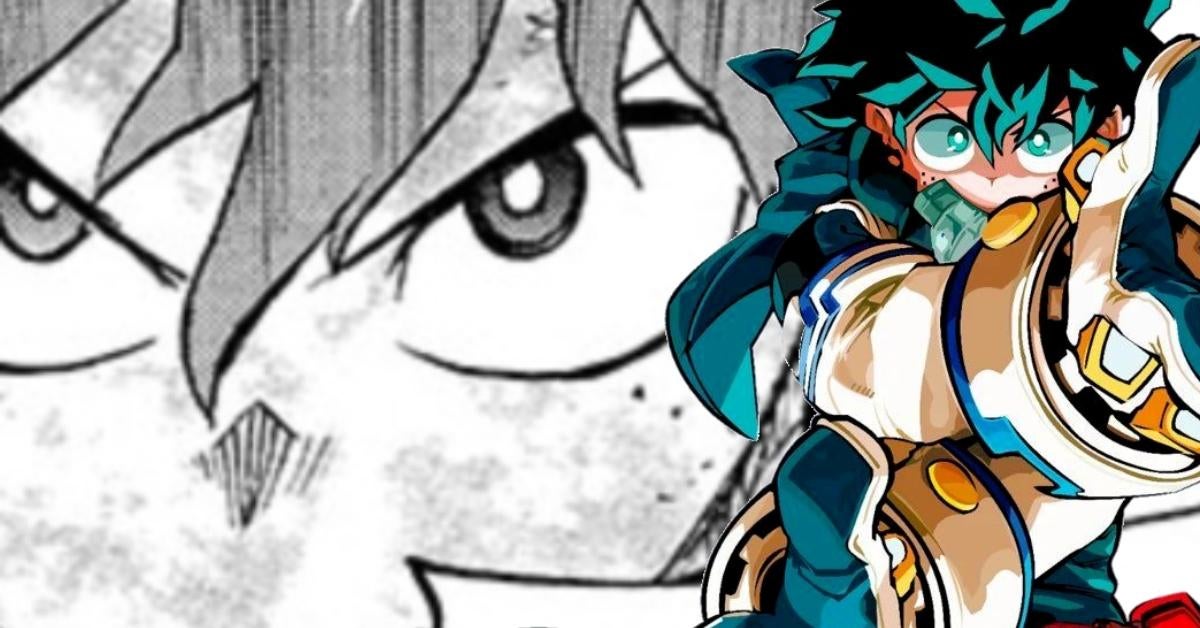 My Hero Academia is continuing through the Final Act of Kohei Horikoshi’s original manga series with the newest chapter, and with it has raised a major question about Izuku Midoriya’s Danger Sense quirk. Izuku has been doing his best to master all of the abilities within One For All as fast as possible for the rematch against All For One and Tomura Shigaraki, and each time he’s learning more about his various powers he’s also learning their inherent weaknesses as well. But the newest weakness is definitely a surprise that only raises even more questions going forward.

The Danger Sense quirk was previously revealed to act sort of like Spider-Man’s Spidey-Sense ability to quickly sense danger coming his way and react to it as best as possible. It was implied that like Spider-Man, this ability would always essentially be active in the background as Izuku always needs to keep on his toes. But in the reunion with Mei Hatsume seen at the end of the previous chapter, it’s revealed that there’s a surprising loophole in what will actually activate Izuku’s Danger Sense. As the name of it implies, it’s reacting to what Izuku’s registers as actual danger.

The previous chapter brought the fan favorite Mei Hatsume back to the series with the familiar gag of Izuku being caught in an explosion from one of her gadgets before she ended up on top of him, and Chapter 339 of the series picks up right after as Izuku is concerned over the fact that his Danger Sense didn’t activate to keep him from the explosion. It’s played off as a joke as Tenya Iida remarks that Izuku was “caught unawares by the bosom,” but this actually raises some other questions about how Danger Sense works.

If the Danger Sense ability didn’t activate in time for the explosion, this could mean that the name of the quirk should be taken literally. It’s the “sense” that something dangerous is nearby. Hatsume’s explosion is an annoyance to Deku that can harm him, but it’s ultimately something he doesn’t consider dangerous. As the series’ fights continue to grow in intensity and scope, Izuku’s sense of danger is going to alter as well. Just as with the reveal of the traitor, Izuku’s idea of danger is changing too. It’s something he needs to be aware of before the villains catch on.

It’s not the catch all ability he can rely on in the coming fight, and much like the other quirks within One For All, he needs to use them in tandem with one another in order to make One For All better as a whole. But what do you think? Do you think Izuku’s Danger Sense needs some tweaking before the next battle? Is this a kind of loophole that a villain can exploit? Let us know all of your thoughts about it in the comments! You can even reach out to me directly about all things animated and other cool stuff @Valdezology on Twitter!

Denial of responsibility! NewsConcerns is an automatic aggregator of the all world’s media. In each content, the hyperlink to the primary source is specified. All trademarks belong to their rightful owners, all materials to their authors. If you are the owner of the content and do not want us to publish your materials, please contact us by email – [email protected]. The content will be deleted within 24 hours.